A G 5 Sahel–France Summit is due to take place on 15 February in Ndjamena, Chad. Eight years after the successful deployment of French troops in Mali, the time has come for the allies to evaluate the situation so as to avoid the crumbling of the national consensuses on the conflict and to prevent their armies from getting bogged down. At the moment their most daunting enemy is the continuation of the status quo. How can they escape it?

The growth of regional conflict

Since the first rebellions in the 1990s, the conflict in Mali has become increasingly regional, and has expanded since 2018 towards the gulfs of Benin and Guinea. From initial attempts at secession, it evolved, in 2012, into a regional conflict and is today an international one. It kills, displaces populations, fills refugee camps and fuels disputes and demagoguery. The intrusion of social networks has enlarged the front far beyond the regional borders.

The longer it lasts, the more it generates a proliferation of external actors whose presence doesn’t necessarily facilitate its settlement, as can be seen in Libya, the Central African Republic and precisely in Mali. With agendas that sometimes clash, these external actors unwittingly contribute to perpetuating the crisis that they came to help resolve. Their calls for “coordination and harmonisation of priority actions” often remain wishful thinking.

In this context, after eight years of ambiguous messages, what should the Ndjamena Summit propose as a way out of the crisis? Reaffirming the allies’ unity and solidarity and finding an end to the conflict should be the way forward.

The solidarity and success of the allies first entails refreshing both the national and regional security environment. For many years that environment has been a field of interference by regional powers and of mafia-related activities that are often more dangerous even though less reported. To avoid deficiencies and disparate attempts to reach a settlement, a strong symbolic measure should be quickly taken.

It is therefore important for all parties to stop calling for assistance from individuals seen in the region as pillars of a fifth column linked to drug trafficking and terrorism. These pyromaniac firefighters are known in the Sahel as “those who steal with thieves and investigate with the police”. A number of them are suspected of double-dealing in the murders of Boualem Saies, Algerian Consul in Gao, Mali, and the French journalists Ghislaine Dupont and Claude Vernon, to mention only these three. Associating these individuals with conflict management is like inviting them to kill the goose that lays the golden eggs. Their exclusion would sanitise an environment polluted by a pervasive corruption that paralyses all good national and international intentions.

Every war should end

Strengthening the image of the G 5 Sahel and France should help in finding a way out of the crisis. By discernment, governments will understand the necessity to end the war but to do it together. This is a war fought on two fronts. One comprises terrorist groups and their international allies, a few of whom are surprisingly close to a few governments. The second, bad governance, is more pernicious and deeply rooted. Fuelled by corruption, it is pervasive and unpunished. As a result of corruption and the impunity that lubricates it, the number of frustrated citizens grows bigger every day. This includes members of the armed forces and increases the chance of rebellion.

As appropriate measures are taken, people, as well as soldiers, will feel more concerned by the conflict. The need to end it in a credible manner will prevail over difficult to implement official statements announcing, as imminent, the deployment in Mali of ECOWAS and African Union forces. This is a deployment that needs significant resources, most of which are currently 80 percent funded by the European Union and the United States. Recurrent statements to the contrary may fool troops on the front lines but will reinforce terrorists’ moral.

Ending the war in Mali should be prepared smartly. As a general once wrote, “the objective of war… is not the prolongation of indecision.’’ Negotiating with the jihadists is an often mentioned option and may already be initiated. However, as in Algeria, Afghanistan, Chechnya, Somalia and Yemen, as far as negotiations are concerned, terrorists have generally only one item on their agenda: “all or nothing”. In Mali where a number of rebel groups operate, the situation could be more nuanced.

For the G 5 Sahel–France Summit, barring an accident, a deadline does already exist: the end of the transition in Mali in 2022. It would be wise to do everything to allow the future government in Bamako, freed from the burden of a 10-year-old conflict, to initiate the reconciliation process. And also to allow friendly countries, especially France, which has thousands of troops on the ground, and other allies, to preserve their images, committing themselves to the reconstruction of a peaceful Sahel.

Ahmedou Ould Abdallah is President of centre4s.org and former Special Representative of the UN Secretary General to West Africa. 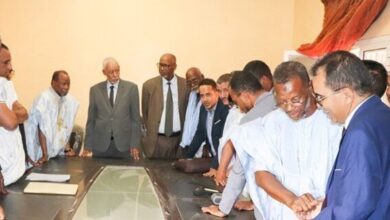 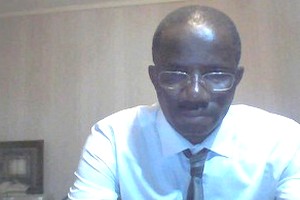 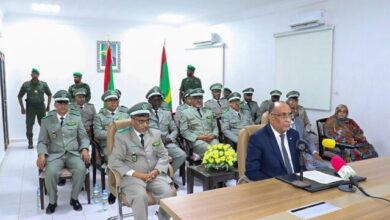